Inspired by a youtube video from Mod in a Box about creating cable ties from wire I finally thought of a use for that half meter of 50A mains cable I had lying around. 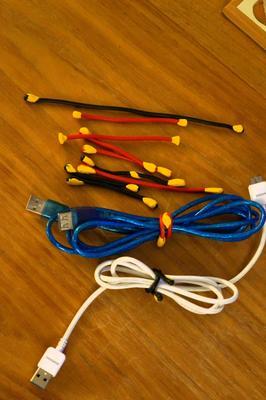 So taking the wire, some Sugru and a pair of pliers I set to work. 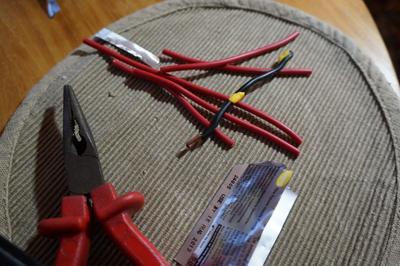 I stripped off the outer grey covering and cut the wire into some random lengths. Anywhere from about 5cm to 15cm. Even really short ones seem to work as they rely on the bend in the wire more than the twisting.

Next up I bent the end of the wire back on itself. Turns out nice big pliers are the best for this not pointy ones. The wire is very stiff. Put a little paper or card over the grip on the pliers so you don't mark the outer shielding. Next up put a small blob of Sugru on the end. Just enough to seal it up and cover any damaged bits. You only really want to stop it catching on things and make it look smart. 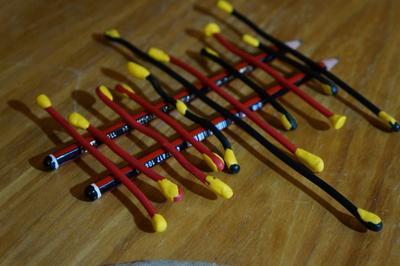 Then just leave them to dry for 24hrs. Then you have some really nice cable ties. I like how the close round any cable and hold it together in a small clump without having those horrible pointy wire ends.