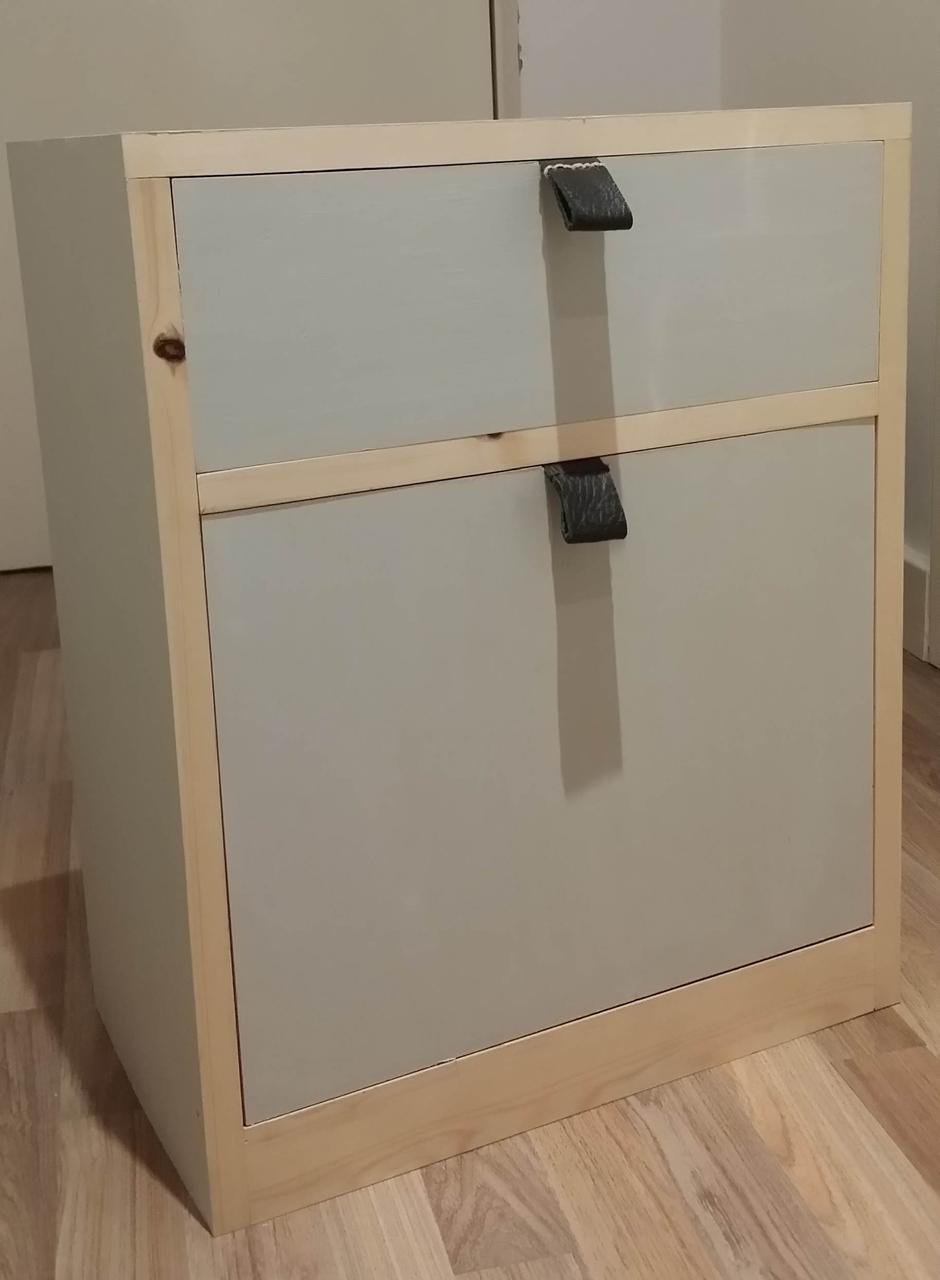 Over the last few weeks I have made a set of bathroom drawers. I had one of those wire racks that came with the flat I am renting and its just a mess, slightly rusty and collecting dust. Plus it does not fit everything in.

I set about making a simple set of drawers. I was not going from any designs so just made it square all round. I wanted the bottom drawer to hinge out at the bottom to give access in the small space that it fits in. The bottom drawer is all front as it takes mostly tall bottles of cleaner and the like. Seems to work quite well. Top drawer is quite standard I think. I brought the back in a little so that the side rails are still supporting it when you can see everything in it. 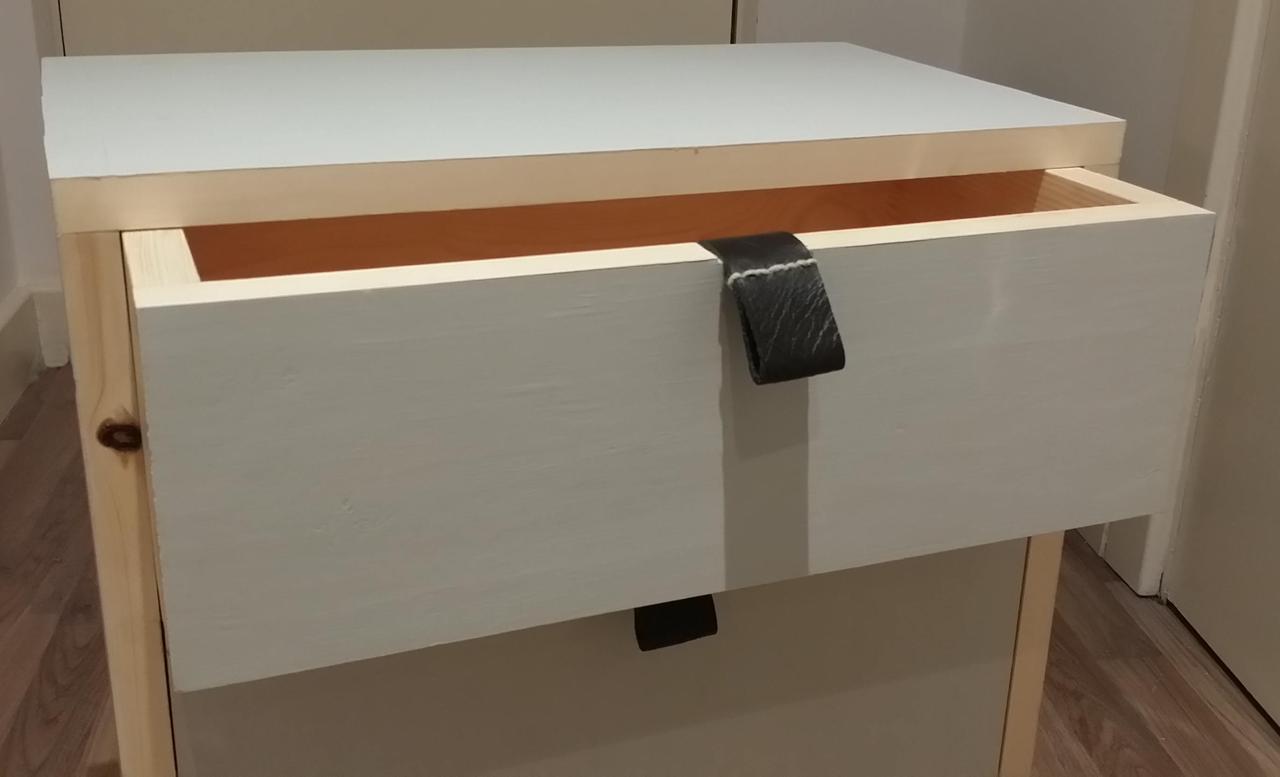 Until I had finished it there was still no plan for the finish. I quite like a shellac or Osmo oil but I don't actually like pine furniture that much so I went with a grey paint. It's a Rustins chalk paint so it went on really easy. I put a coat of shellac on the whole thing inside and out before I had fitted the bottom drawer. Then the chalk paint, two coats. Finished the whole thing off with a couple of coats of Osmo Oil.

This project to a little longer than expected I think mostly because I was not confident about the bottom hinge idea so kept putting off building it up. It turns out this was very simple in the end and the system seems to work very well so far.

It's another wonky build, the main frame just came out slightly off square all round so I had to shave the bottom flat and make the drawers to fit. I think I got frustrated at that point so did not finish the joints or sides off properly and it shows on the final object. One of the differences with a paint finish is that the grain pattern does not cover up any of the badly finished bits. It's a shame looking back that I did not go over those bits with more care. All told I think I know the exact times that I was doing the marking out and was tired so not paying enough attention. Layout and detail is critical so I should probably save them for a good day.

It's all a bit chunky on the inside. Especially the top drawer which I made out of the same wood I used for the main body of the box. I should have used thinner stuff. Same for the bottom one. Front bits are okay, just the sides and back. It won't wear out I suppose.

Oh and that big knot on the front is rather annoying. Again pay attention when marking up.